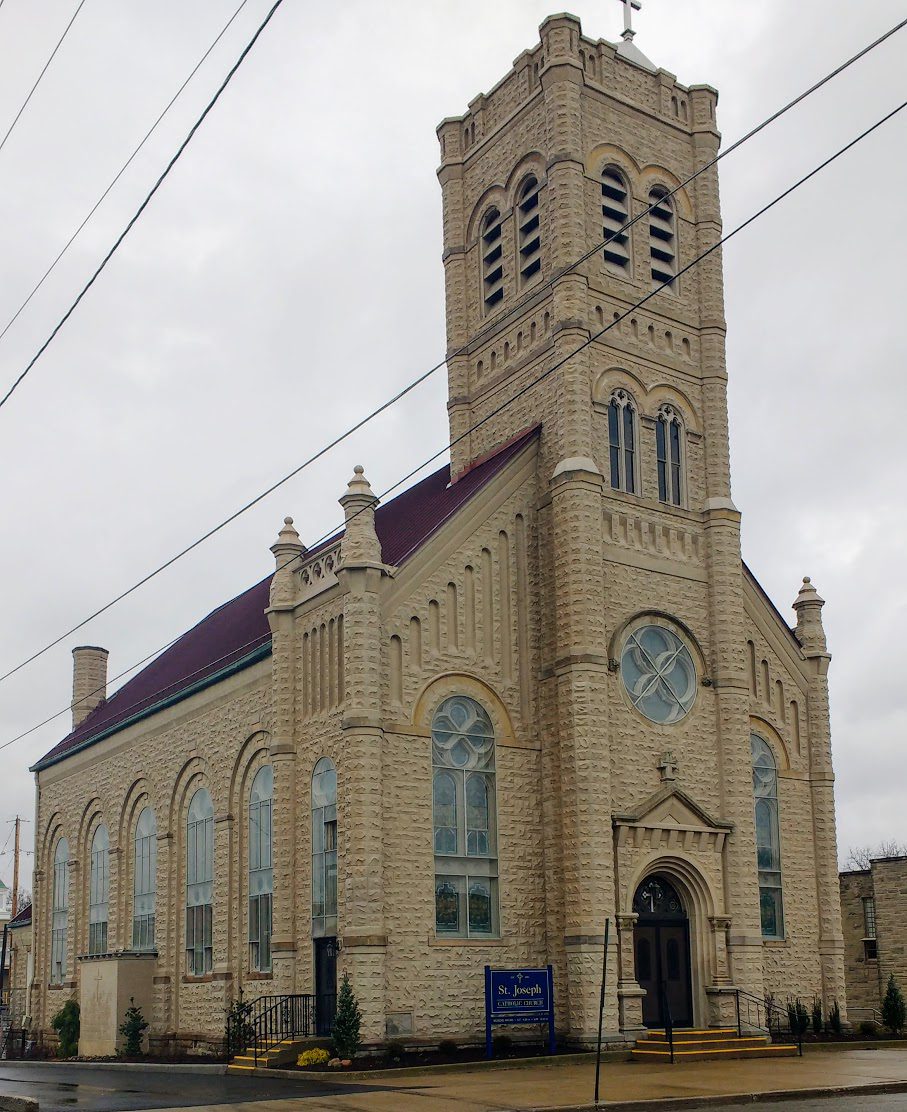 We, the members of Saint Joseph Church, a Roman Catholic community, seek to incorporate gospel values into our lives, by living in the spirit of Our Lord Jesus Christ, by sharing our individual and community giftedness for the good of the Church, for the well-being of the Galion community, and for the welfare of all our brothers and sisters regardless of their position in life. As a family of Christian believers, we are dedicated to serving others.

Saint Joseph parish began as a mission of Shelby Settlement in 1853. The following timeline highlights some of our most significant historical events since our humble beginning:

1853 — Reverend Matthias Kreusch, pastor of Shelby Settlement, held services in the home of Joseph Rudinger for Catholics in the Galion area as a mission parish.

1855 — The first church building was dedicated.

1866 — Saint Joseph parish built a brick church and school at the corner of Walnut and Union streets (today the Bishop Brown estate).

1868 — Reverend August Gerardin instituted a second parish, Saint Patrick on the corner of North Washington and Payne. He served as pastor of both parishes.

1871 — Saint Patrick built a two-classroom school at the corner of North Washington and Payne streets.

1873 — Saint Joseph outgrew the brick building on Walnut and Union streets and purchased three lots and a brick building on Liberty Street. The building was remodeled and used as a temporary church, school and pastoral residence.

1883 — The current Saint Joseph church building was dedicated. It is a combination of Gothic and Roman architecture.

1888 — Land is purchased for Mount Calvary Cemetery. It would be used by both Saint Joseph and Saint Patrick Catholic churches.

1920 — The School Sisters of Notre Dame teach 68 pupils at St. Joseph school and 44 pupils at St. Patrick school. Before this lay teachers taught in the schools.

1922 — St. Joseph and St. Patrick churches are transferred from the Cleveland Diocese to the newly formed Toledo Diocese.

1953 — The final mass at St. Patrick was held on June 21st before merging with St. Joseph.

2000 — Galion St. Joseph and Crestline St. Joseph were “twinned” in order to share a pastor.

2010 — Galion St. Joseph is again twinned — this time with Bucyrus Holy Trinity — to share a pastor.